In February 1944 the hill on which the abbey of Montecassino is sited and the surrounding area came under heavy bombardment from Allied troops. The monastery building was almost entirely destroyed. 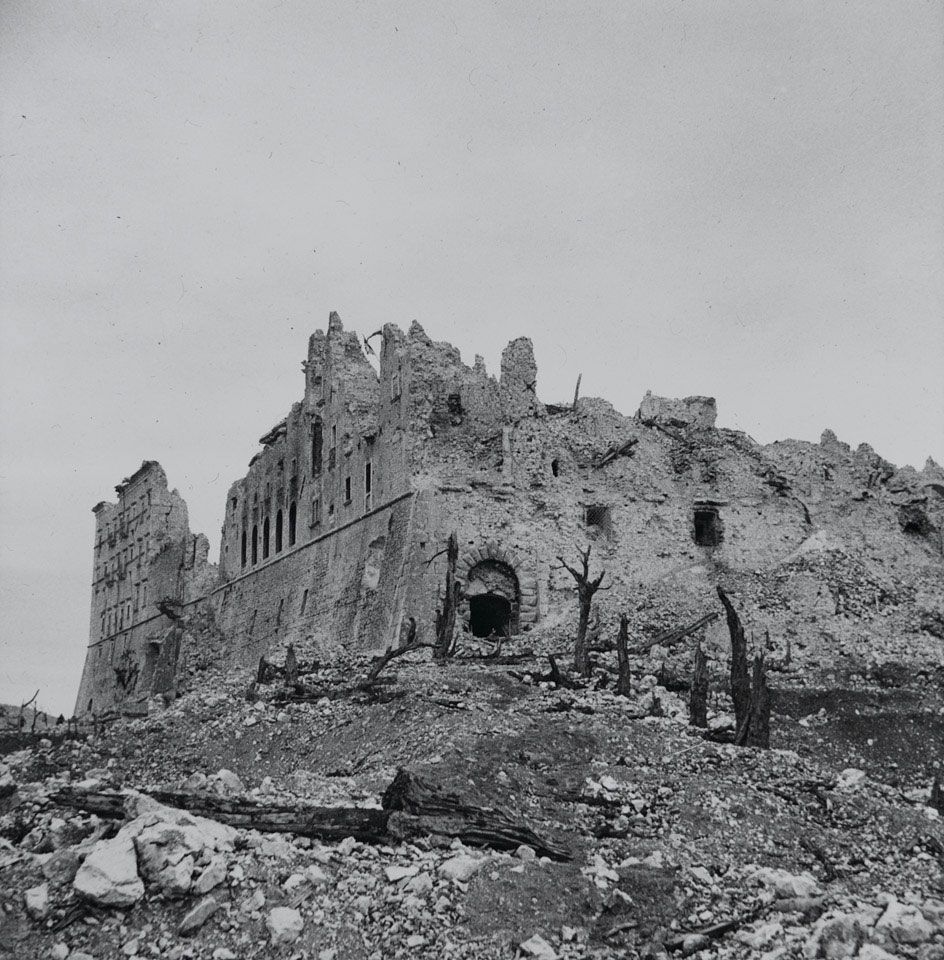 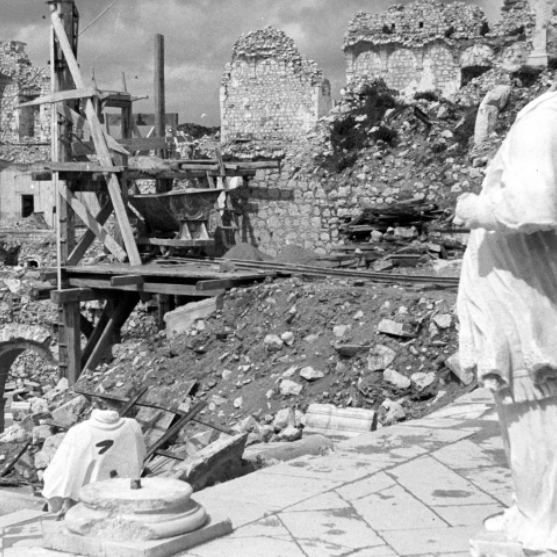 In the course of the Second World War, the Abbey of Montecassino was destroyed for the fourth time in its history. From mid-January 1944 Allied forces and the German army faced each other in the area around Cassino, a position of strategic importance since it was on the Gustav line. The battle lasted for over five months. Many civilians were killed and many took refuge in the monastery where they were taken in by the abbot Gregorio Diamare and the few monks who had remained. Many of their fellow monks were in Rome, where they had taken part of the extraordinary artistic, archival and bibliographical patrimony belonging to the Abbey, as the German Command had allowed them to do in the months before the battle began.

On the morning of 15 February 1944, the Allied airforce, acting on the belief that German troops had occupied the Abbey, bombed the entire area, almost completely destroying the ancient buildings and their invaluable heritage. But they were mistaken: the Germans had given their assurance to the abbot that the monastery would not be involved in the conflict. The bombardment continued for the entire morning. The ancient monastery – “this incomparable monument to religion, culture, art and civilization” as Pope Paul VI later described it – was razed to the ground. Among the rubble a few statues were miraculously untouched. 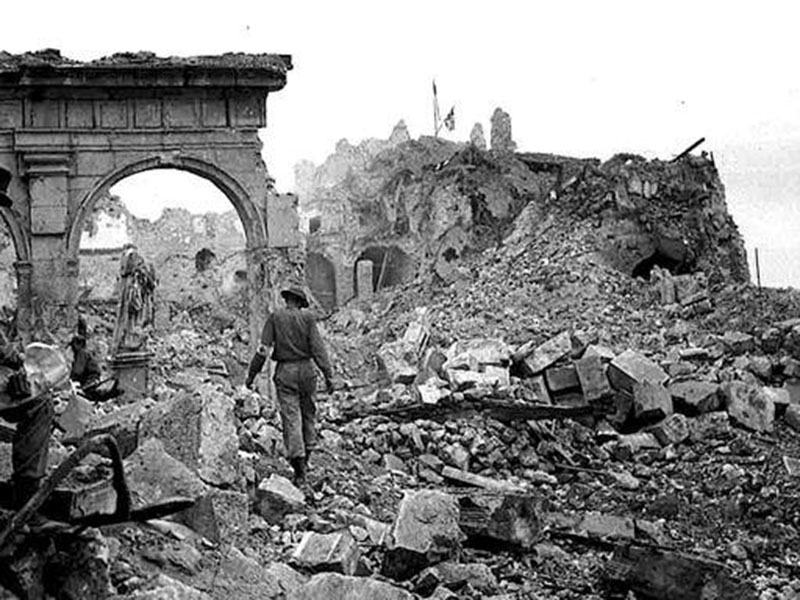 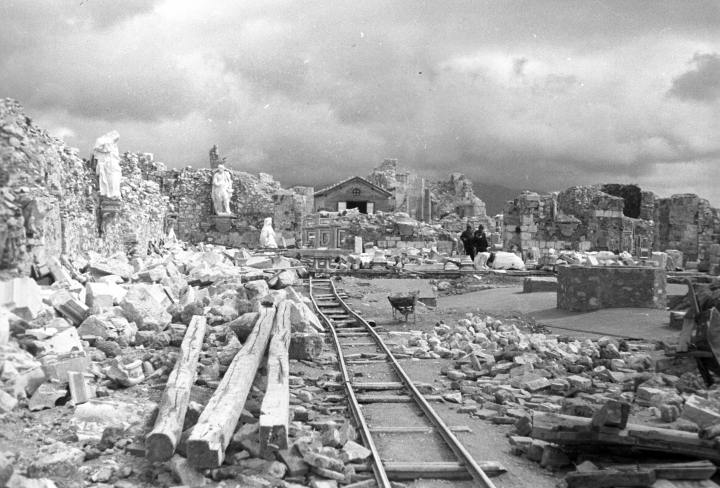 The new abbot Ildefonso Rea (1945-1971) was faced with the task of promoting and supporting the reconstruction of the monastery in the postwar period. A few elements survived from the cathedral in the monastery, such as some frescoes on the walls of the presbytery, the high altar, the bronze urn containing the remains of St Benedict and St Scolastica., the 11th-century bronze door, part of the structure of the choir, the tabernacle of Nicola Salvi, the tomb of Piero de’ Medici, and part of the crypt. The decision was taken to base the reconstruction on the designs of the architect Cosimo Fanzago (17th-18th centuries). The completion of the reconstructed Abbey of Montecassino was ceremonially celebrated by Pope Paul VI on 24 October 1964.