A small medieval Benedictine monastery at the foot of the Euganean hills in the Veneto, with light-filled buildings, graceful cloisters, imposing church and surving traces of its former rich decoration. 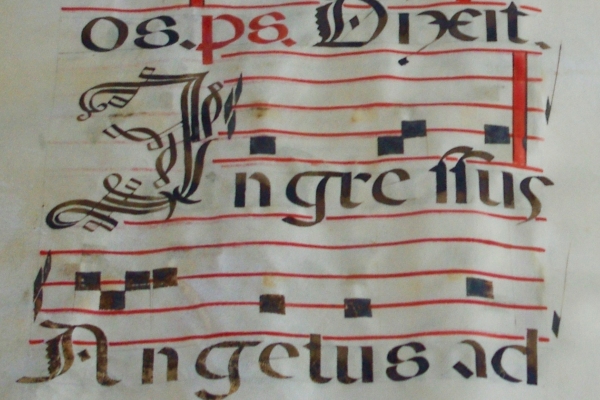 The monastery of Praglia in Teolo became part of the congregation of Santa Giustina in 1448 but there had been a small community of Benedictine monks there since at least the 12th century. The splendid monastic complex preserves traces of the medieval and especially the Renaissance structures. While the monastery probably did not have its own scriptorium it certainly had a library, twice dispersed, after the Napoleonic suppressions and the Unification of Italy, and twice reconstructed with new acquisitions and donations. The monastic community was refounded in 1904, an event which coincides with rebuilding to the present library’s collections, now part of the National Monument of Praglia. The 1950s saw the creation of a renowned conservation studio for early and modern books.